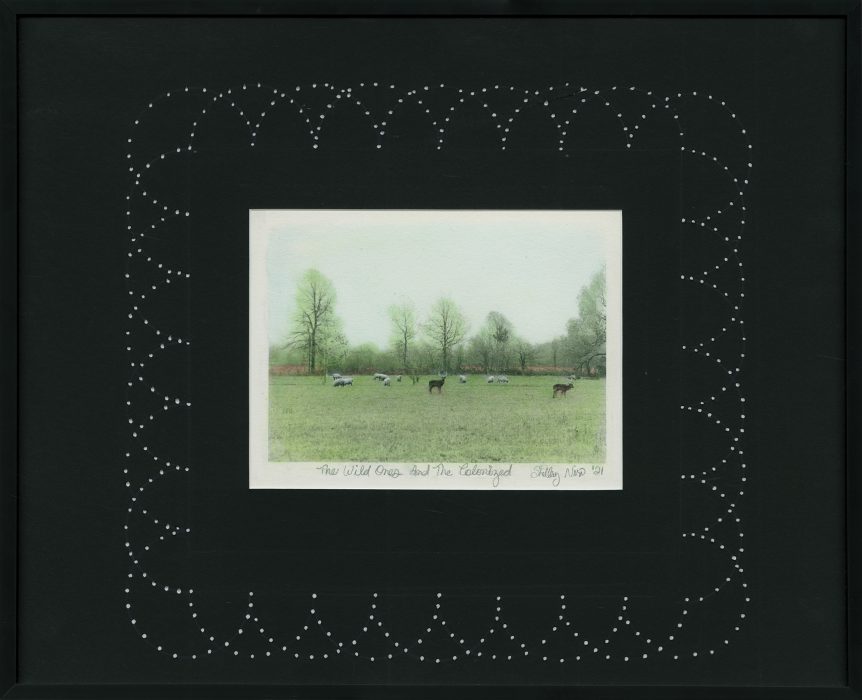 Shelley Niro is a member of the Six Nations Reserve, Bay of Quinte Mohawk, Turtle Clan. A multi-media artist, her work involves photography, painting, beadwork and film. Shelley graduated with Honours from the Ontario College of Art (1990), and received her Master of Fine Art from the University of Western Ontario (1997). Niro was the inaugural recipient of the Aboriginal Arts Award presented through the Ontario Arts Council in 2012, and recipient of the Governor General’s Award for the Arts from the Canada Council in 2017 as well as The Scotiabank Photography Award and the Hnatyshyn Foundation REVEAL Award. Shelley Niro recently received an honourary doctorate from the Ontario College of Arts and Design University (2019), and was the 2019 Laureate of the Paul de Hueck and Norman Walford Career Achievement Award for Photography.

Like many artists from different Native communities, Shelley Niro is conscious of the impact post-colonial mediums have had on Indigenous people and she works relentlessly to present people in realistic and explorative portrayals. A few in the genre include photo series such as Mohawks In Beehives, This Land is Mime Land, and M: Stories of Women, and films including Honey Moccasin, It Starts With A Whisper, The Shirt, Kissed By Lightning, and Robert’s Paintings. She recently finished her film The Incredible 25th Year of Mitzi Bearclaw.

I took this photo in the fall of 1986. I was working at the Native Indian Inuit Photographers Association (NIIPA) at the time. It was taken during a field trip to shoot scenery around Hamilton. There were the usual landscapes, architecture and general points of interest that might transfer into an interesting photograph. Sometimes a photo happens when you least expect it. The Wild Ones are the two male deer with their antlers looking up, trying to stay aware of potential danger. The Colonized are the sheep with their heads down, happily grazing. I found the juxtaposition as a moment in time. This serves as a reminder to always keep your camera ready and nearby. Just like the Wild Ones.

Title:
The Wild Ones and the Colonized