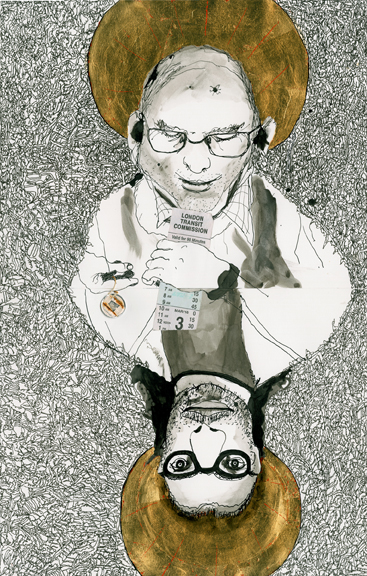 Wyn Geleynse is considered a pioneer in multimedia artistic practices in Canada, with a career in film and video spanning nearly three decades.  He emigrated from Rotterdam to London, ON, with his parents in 1953.  Growing up in London at a time when the so-called “London regional school” was burgeoning – a vernacular art movement that thrived in the city through the 1970s and 1980s – had a direct impact on Geleynse’s development as an artist. From printmaking, then painting, Geleynse began combining 3D model-making with the 2D qualities of photography and then integrating film into this process for installation-based works emblematic of various themes including childhood, domesticity, selfhood, and the boundaries between public and private. Geleynse often uses biographical footage and source materials from childhood, references that conjure the psychological spaces of memory – real and imagined, collective and individual. His work subverts a straightforward reception of the image, forcing reconciliation with the existential power of conventions in ‘framing’ the boundaries of subjective experience.

Geoffrey Hume lives and works in London, has been producing art for 15 plus years and was a participant in the New School of Colour.

“These Drawings are memoirs of my friends, the hobos, burglars and safe crackers that don’t really exist.”
– Geoffrey Hume

“Geoff and I sat across from each other and drew each other’s visage, the embellishments and canonization’s were in direct response to  virtuous activity of drawing.”
– Wyn Geleynse