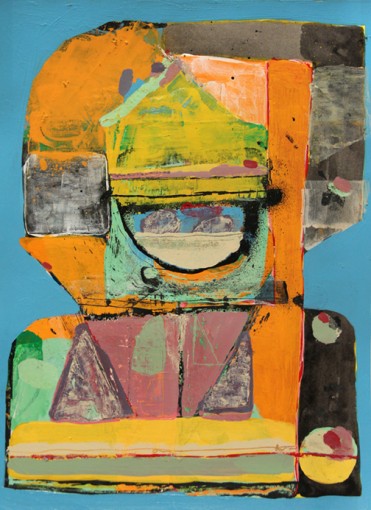 Born in London, Ontario in 1977, James Kirkpatrick studied art at H.B. Beal Secondary School before receiving his BFA at Halifax’s Nova Scotia College of Art and Design in 2002. He has exhibited his work extensively throughout the US and Canada including shows in New York, Boston, Los Angeles, San Francisco, Miami, Halifax, Toronto and Vancouver. In 2009 Kirkpatrick was featured in the group show Pulp Fiction, which traveled from Museum London to the MOCCA in Toronto and St. Mary’s University Art Gallery in Halifax.  He was also featured in recent group shows Not Bad for London at Michael Gibson Gallery, L.O. Today at Museum London and Sculpting Sound at the Judith & Norman Alix Art Gallery in Sarnia.

Kirkpatrick’s most recent Spring 2014 solo exhibition Secret Base By the Lake at UWO’s McIntosh Gallery will be accompanied by a forthcoming exhibition catalogue with essays by curators Matthew Purvis, James Patten (McIntosh Gallery) & Rhiannon Vogl (National Gallery of Canada).

Also known for his participation in the early Canadian graffiti movement and as avant-garde hip-hop artist “Thesis Sahib”, Kirkpatrick works in a variety of media including drawing, painting, sculpture, zines, mask-making and experimental sound improvisation.  In recent years, his work has incorporated sculptural, kinetic and auditory elements. By combining his 2D aesthetic with custom-built circuit-bent electronics, Kirkpatrick creates hand-held sculptures that function as both musical instruments and experimental sound machines. The sculptures are extensions of Kirkpatrick’s drawing and painting practice and are also used in his collaborations and live performances.

James Kirkpatrick currently lives and maintains a studio in London, ON.