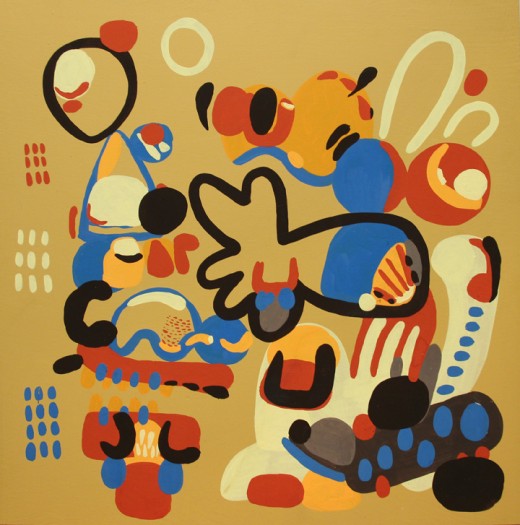 Jamie Q holds a BFA from the Alberta College of Art & Design (2002) and an MFA from The University of Western Ontario (2010). Originally from Edmonton, via Calgary, Montreal and London, she now lives in Toronto, ON.  In addition to her solo practice, from 2009-2011 she worked collaboratively with James Kirkpatrick as the art team Dusty Peas.

James Kirkpatrick is known for his participation in the early Canadian graffiti movement and as avant-garde hip-hop artist “Thesis Sahib”.  He works in a variety of media including drawing, painting, sculpture, zines, mask-making and experimental sound improvisation.  He has exhibited his work extensively throughout the US and Canada including shows in New York, Boston, Los Angeles, San Francisco, Miami, Halifax, Toronto and Vancouver.  James Kirkpatrick currently lives and maintains a studio in London, ON.