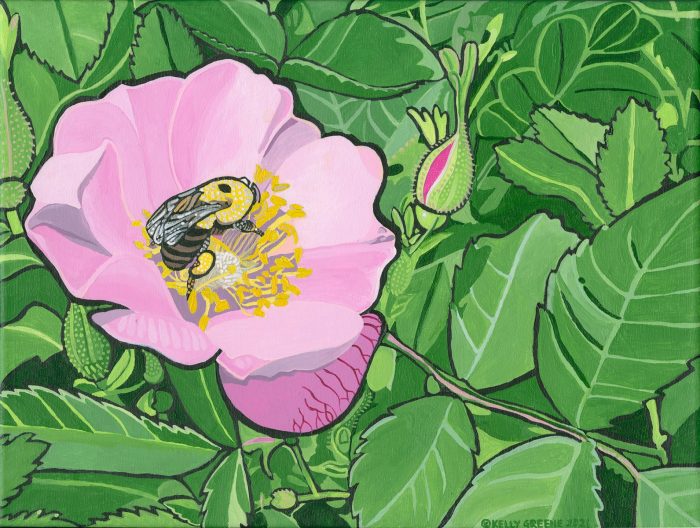 Kelly Greene is a multi-media artist whose work includes painting, sculpture, installation, and photography. She is of Mohawk-Oneida-Sicilian heritage and a member of the Six Nations of the Grand River Reserve in Ohsweken, Ontario. Greene has lived in London, Ontario since 1989 where she obtained a BFA from Western University after beginning her visual art studies at the University of New Mexico in Albuquerque in 1983. Her art focuses on environmental, political, and cultural topics, especially recognizing the impact colonization has had on Canada’s First People and our Earth.

This painting is another in Greene’s “Plant Native” series that honours the extreme importance of bees as they’re affected by Colony Collapse Disorder, the current plight of their vanishing due to pesticides, monoculture, and other impacts against nature that humans’ inappropriate entitlement has produced.

Title:
The Allure to Pasture Rose

Medium:
acrylic and graphite on canvas