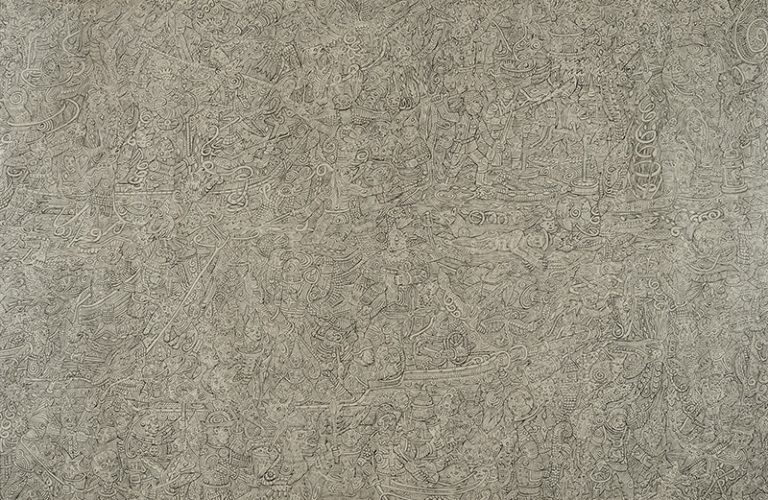 From the Collection of Dawn Easton-Merritt and David Merritt

Kim Moodie is a London based artist who has exhibited across Canada, in the U.S.A and in Mexico.  He has received senior Artist Grants from the Ontario Arts Council. His work has been collected by prominent Public Art Galleries and Corporations, including the National Gallery, the Art Gallery of Ontario, Museum London, and the Montreal Museum of Fine Arts. His Work was displayed in “The Tribute and Tributaries” exhibit at the Art Gallery of Ontario, a show that recognized influential artists from the 1980s.He has taught at Western University  for almost four decades.

This work was offered by Kim in exchange for a composition of David Merritt’s wall mounted castings. One of a cycle of four prints imagining a process of colonization by a group of bodies from one place invading another place in order to assimmilate its population before moving on to another place. Made around the 500th anniversary of Columbus’ arrival in the Americas. The Art Gallery of Ontario own another edition of the same series of prints.