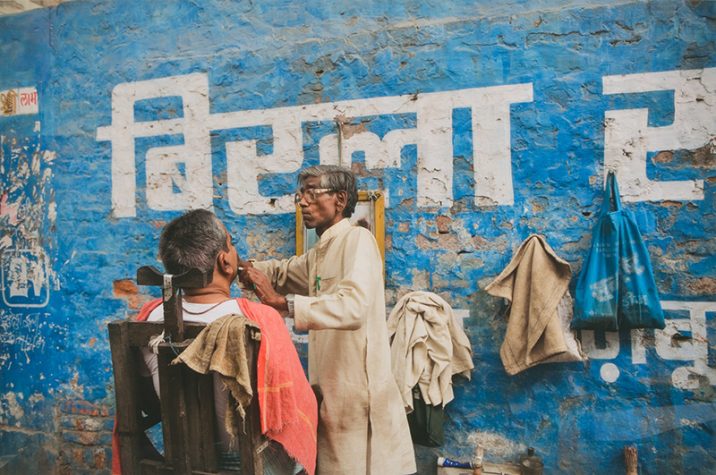 From Collection of Rob & Sandra May, Skwirl Contemporary Fine Art

Laurent Guérin was born in 1969 in Montreal. He presented his first solo exhibition in 2006 at Galerie Orange (Montréal) and participated in several collective exhibitions at the Mira Godard Gallery in Toronto and the Toronto International Art Fair that same year. He exhibited at the Elliott Louis Gallery in Vancouver as part of the Art for AIDS Orphans event at the Harbourfront Center (Toronto) as part of the Summit of the Americas and at the SAS Gallery in Montreal, an exhibition entitled War and Peace. He was also invited by the organization World Press Photo to present a series of photographs taken in India, entitled “Les enfants de la gare”, in the lobby of Maison de la Culture Frontenac (Montréal). His photographs have been published internationally in several magazines such as Time (New York), Express (Paris), Vibe (Toronto) and Urb (Los Angeles). An accomplished globe-trotter, Laurent Guérin has piloted a small plane since 1997, flying over Morocco, Panama, and Quebec.