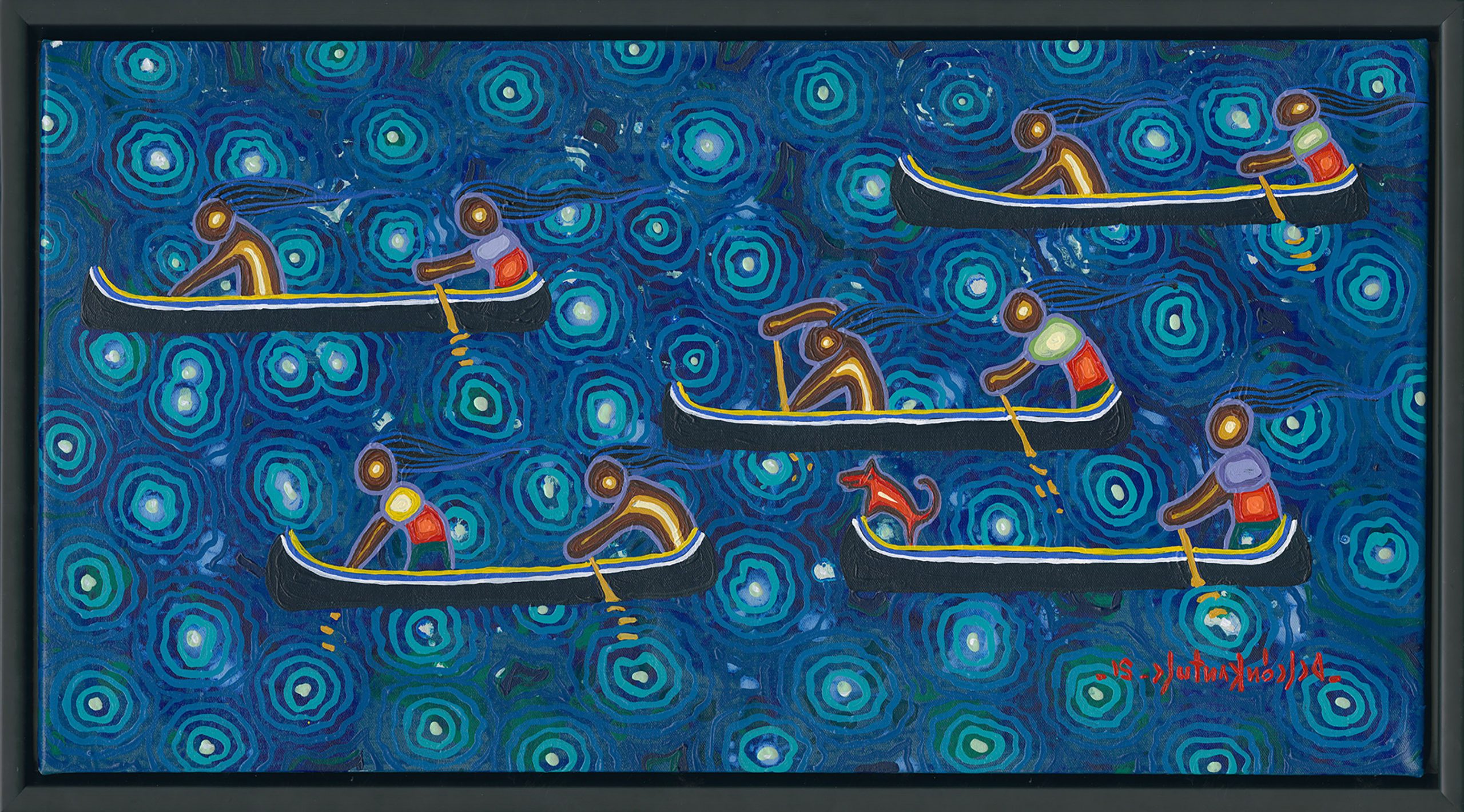 Oswaldo DeLeón Kantule, also known professionally as Achu, is a visual artist from the indigenous Guna nation of Panama. After winning Panama´s National Painting Competition in 1996, he completed a degree in Fine Arts in 2001. He has been living in Canada since 2002, where he has continued to interpret elements of his culture through his paintings, and exhibited his work around the world in more than 26 individual exhibitions. In 2004 he was the recipient of a prestigious research grant from the Smithsonian Institute´s Museum for the American Indian.

Achu´s paintings combine the rich visual culture of the Guna people and his own visions, dreams, memories and interpretations. He represents characters or creatures that appear simple but often express a more profound spiritual or cultural phenomenon. This painting represents his memories of waking up before dawn to catch fish for the day´s meal.