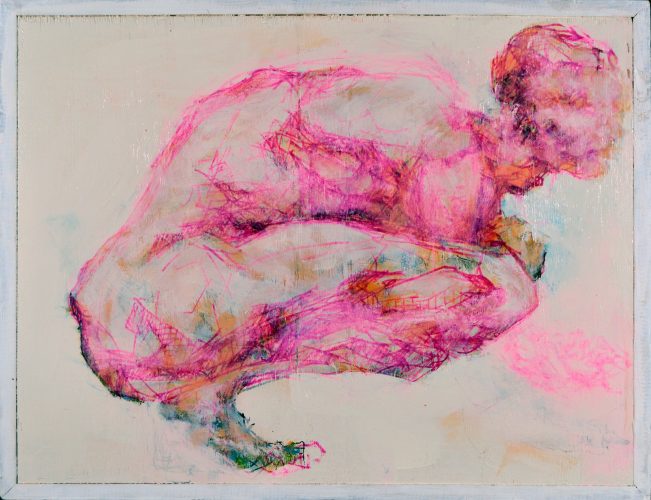 Nate Gervais, not his real name, has studied sculpture, fine art, film and video, architecture and history at Western, at Fanshawe College and at Academy of Art in San Francisco,CA. He has worked as a picture framer and as a house framer. His talent for drawing and painting was evident from an early age, and schooled by his grandfather who taught him to paint with acrylics and palette knife on a canvas larger than the seven-year-old himself. After long absence from the resource that provided for his emancipation from childhood abuse, he took up painting again after having been homeless for a while. With his characteristic embrace of the absurd, Nate recalls the contempt he felt while watching the Unity Project’s Tent City protest unfold in 2001, and the disregard he had for folks experiencing homelessness, never thinking that experience would soon be his own.

Nate Gervais paints figures, mostly. He is focused on anatomy in abstracted form, exploiting creative mistakes of light as opportunity.