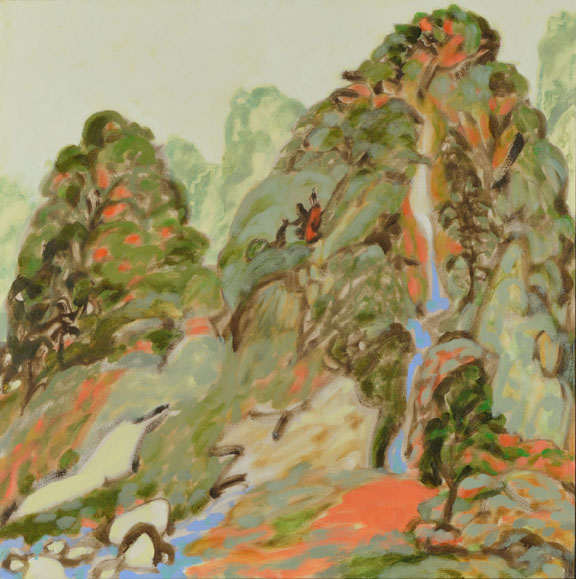 ‘I am inspired by ancient Chinese landscape paintings that depict vast distances and timelessness. I admire the exquisite brush strokes of black ink on white rice paper. I like how those landscapes feel inviting, familiar, peaceful. Those paintings come from a different time and culture, yet they are completely accessible to us. I have used oil on canvas, a western traditional medium, to render my local landscape by the river. I am reaching for the ethereal qualities of Eastern Art.’