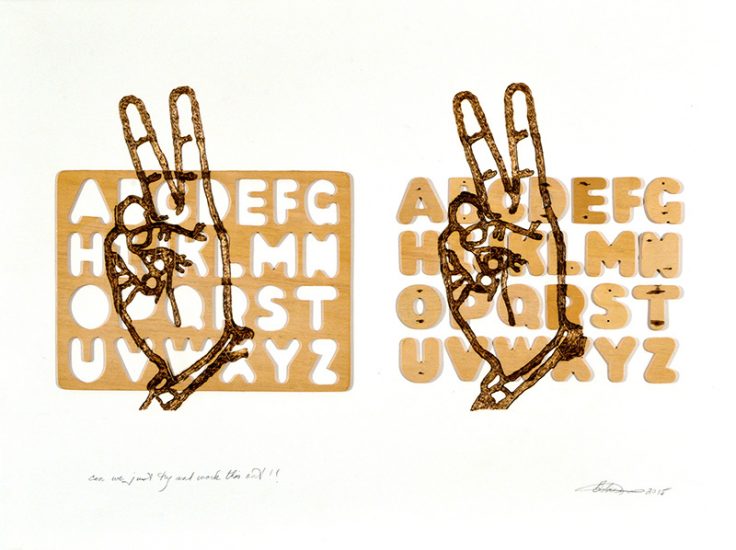 Title Can we just work together on this?
Medium pyrograph on paper
Image Size 22 x 30 x 1 in.