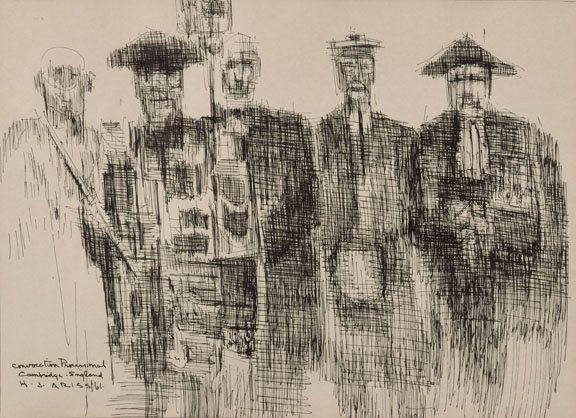 From the Collection of Kevin and Megan Bice

Herbert Ariss was born in Guelph, Ontario in 1916. He began drawing at an early age, studied with L.A.C. Panton at Western Tech and briefly at Ontario College of Art before being drafted into the Army. There he used his art training as a topographical surveyor, giving tours of the National Gallery in Toronto for the Canadian Army Educational Service and had his cartoons published in the Army journal, Rolling Home, while recovering from injuries he sustained in a training accident.

Ariss was responsible for establishing Beal Secondary School as one of Canada’s foremost art schools. He taught art for 30 years and was Head of its Art Department until 1977.