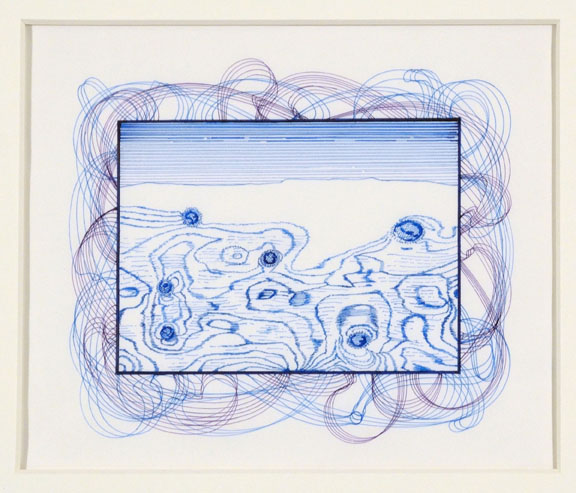 Patrick Mahon is an artist, a writer/curator, and a Professor of Visual Arts at Western University, in London, ON, Canada. Mahon’s artwork has been exhibited in Canada at Museum London, Hamilton Art Gallery, Southern Alberta Art Gallery, and at The Museum of Contemporary Canadian Art, Toronto; and internationally in recent exhibitions in Ecuador, Norway, and Switzerland.

“Study from the Drawn Like Money Series,” (2006), is a landscape based on Northern Canada, from the project, Art and Cold Cash (2004-09). The project was a multi-layered creative investigation connecting contemporary art to discourses surrounding money in a series of artistic activities and experiments. Patrick Mahon worked in collaboration with artists Jack Butler, Sheila Butler, and William Noah, and writer Ruby Arngna’naaq. The latter two are Inuit people who lived through the change from a barter economy to capitalism in Baker Lake, Nunavut, Canada. The project’s collaborative work, which included drawing, video, and community-based initiatives, was presented in galleries in Northern and Southern Canada, and in the book accompanying this work, released by YYZ Publishing in December 2009.