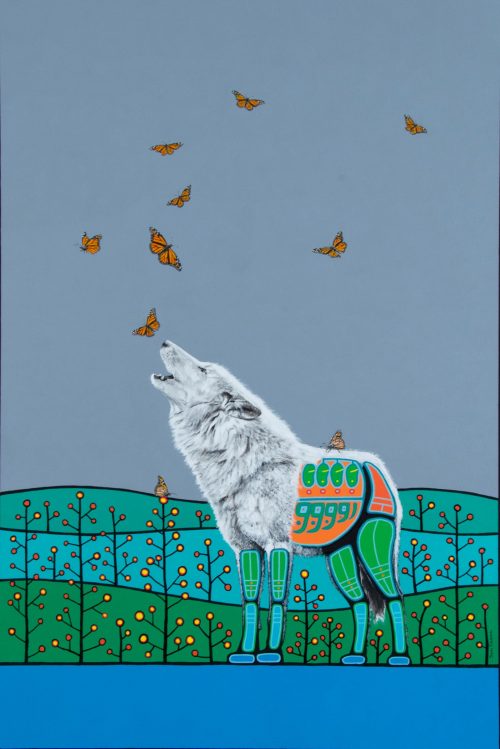 “Songs to Share” is a reflection on my art and its inspirations in honour of UPwithART’s 10th anniversary. I am the wolf. I sing the praises of those who take the time to listen to others’ voices. I nurture the chrysalis inside me – art which is yet to be born. Combining Woodland style and realistic representations from my daily life, beauty and possibility are released into the grey sky.