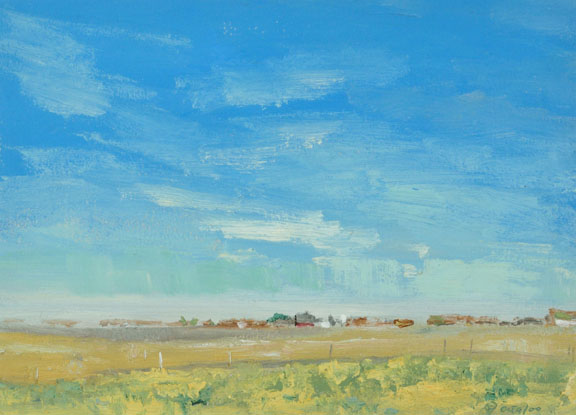 A gifted artist and internationally known curator, author, and art critic, Terry Fenton has excelled throughout his art career spanning more than thirty years. He has held positions as Director of the Edmonton Art Gallery, Artistic Director of the Leighton Foundation near Calgary, and Director of the Mendel Art Gallery in Saskatoon. An artist’s artist, Terry Fenton is an in-studio adviser to painters and sculptors across North America and Britain.

As an artist, Fenton describes himself as, “an old-fashioned easel painter brought up among some fine abstract painters”. He has described his works as being “inspired by the mood in the landscape, by its atmosphere and ambiance rather than by its forms.” Influenced by fellow Saskatchewan landscape painters Dorothy Knowles and Reta Cowley and inspired by abstract painters such as Kenneth Noland and Jules Olitski, his own landscape paintings are a satisfying blend of realism and abstraction.