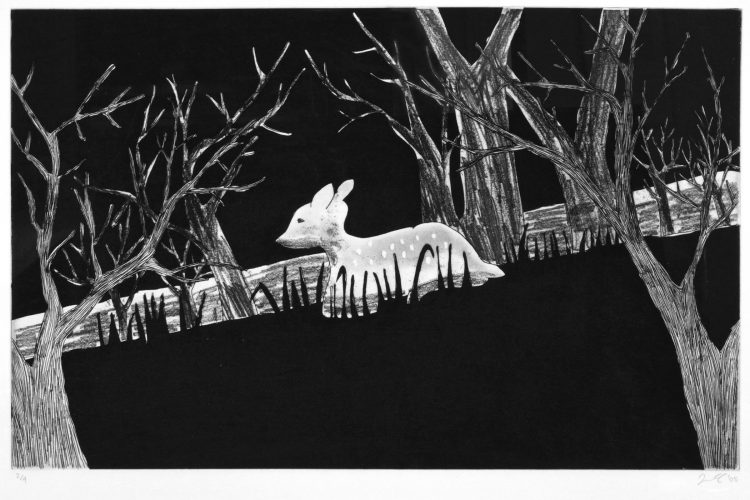 Trudie Cheng works in drawing, fibre-based processes such as needlework and appliqué and known for her immaculate, uncompromising handmade multiples, wearable art and artworks. Her simplified imagery and solidly coloured motifs possess a childlike appearance, but her arrangements speak of a darker environmental and physiological meanings.