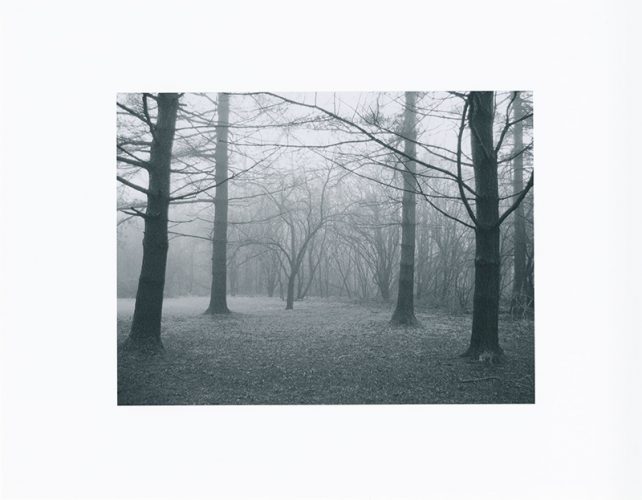 Wyn Geleynse is considered a pioneer in multimedia artistic practices in Canada, with a career in film and video spanning nearly three decades. He emigrated from Rotterdam to London, ON, with his parents in 1953. Growing up in London at a time when the so-called “London regional school” was burgeoning – a vernacular art movement that thrived in the city through the 1970s and 1980s – had a direct impact on Geleynse’s development as an artist, who cites London-based artists Greg Curnoe (deceased) and Murray Favro as major influences. Geleynse’s first artistic efforts were in printmaking, then painting; he studied lithography under Helmut Becker in 1972. In 1979, Ge-leynse embarked on an entirely new artistic direction which combined an interest in 3D model-making with the 2D qualities of photography. Since 1981, the artist has been integrating film into this process, creating installation-based works in which short films loops have been projected against a host of fabricated items: a large-scale model airplane, bedroom furniture, framed photo-graphs, and other elements emblematic of various themes including childhood, domesticity, self-hood, and the boundaries between public and private. Of late, the artist’s multimedia practice has begun using digital editing techniques, and it has always applied the invention of custom film loop-ers, viewfinders and other objects to mediate the viewer’s reception of the image.

Geleynse often uses biographical footage and source materials from childhood, references that conjure the psycho-logical spaces of memory – real and imagined, collective and individual – and play off the nostal-gic response that is often associated with photographs and films, especially those of family and friends. As his projections adapts to their personal and intimate surroundings, Geleynse’s works subvert a straightforward reception of the filmic image, forcing reconciliation with the existential power of cinematic conventions in ‘framing’ the boundaries of subjective experience.
Jonathan Shaughnessy
Excerpt from Allgemeines Künstlerlexikon, Vol.51, 2006 Pg. 192