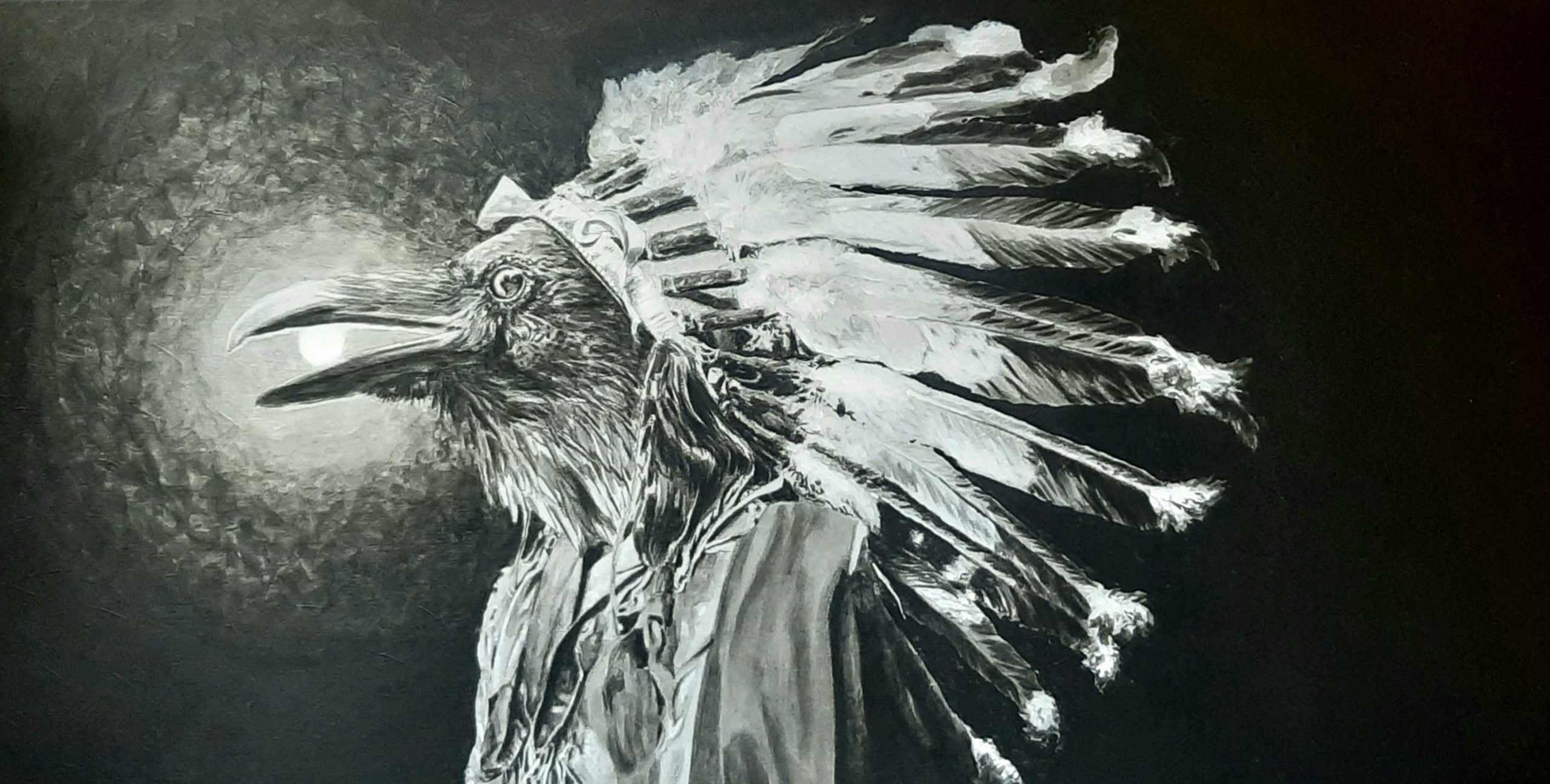 Trickster is a raven who transforms the world, sometimes by accident. In this work, the Raven wears a First Nations elder’s headdress to reference a lesson from one of the many Trickster legends: Trickster inadvertently releases the world from darkness, giving us the sun, the moon and the stars, when he tricks an old man into opening a box in which he had hidden all the light of the world in order to avoid knowing whether his daughter was beautiful or ugly. Beauty is in everything if we choose to see it.