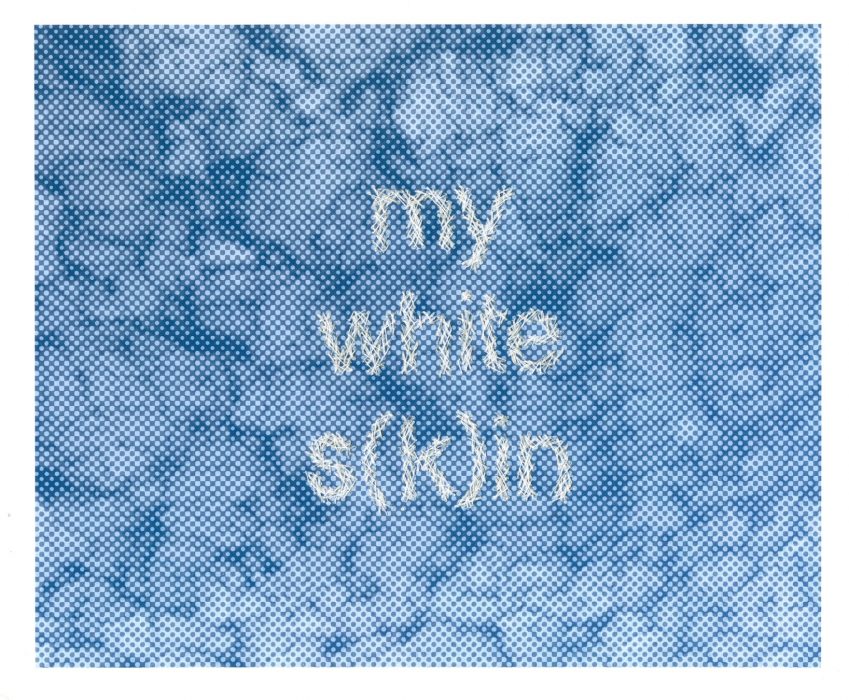 The winning bid includes a bottle of quality wine donated by Jill and Terry Dietz (maybe even the very special bottle) and a $50 gift certificate for custom framing at the Framing & Art Centre (on Horton).

Whiteness is a mantle that I consciously wear. Growing up in a country where whites represent 2% of the population sensitized me to racial difference at a young age. As part of a (privileged) minority in a small island where the weighty legacy of plantation slavery still haunts daily life, the complexities of race have been inescapable. Now resident in Canada where, until recently, discussions about the racial inequities stemming from colonialism were largely dismissed, I find myself confronted by my white s(k)in once more.