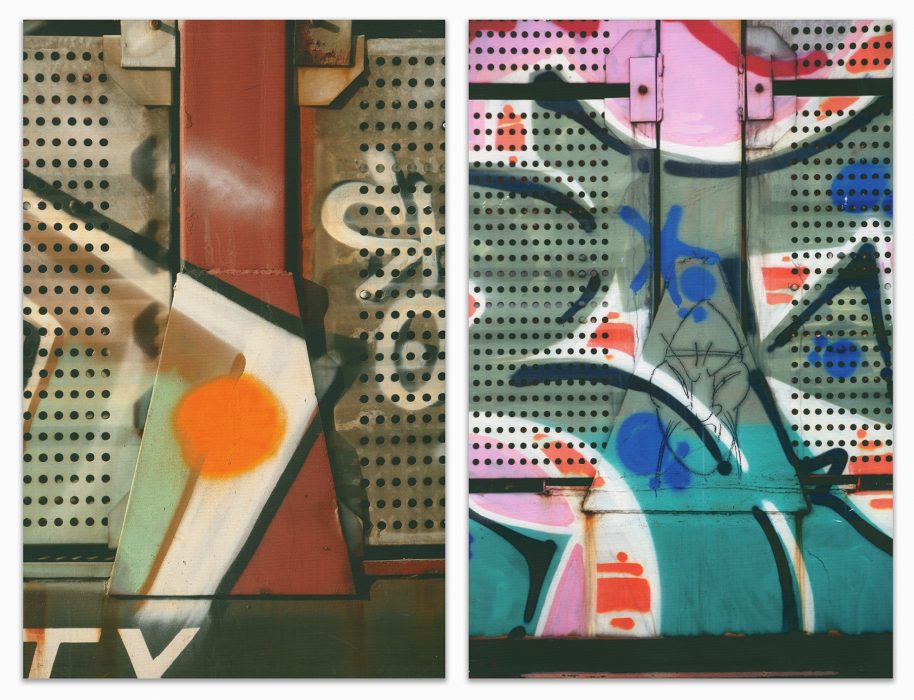 From the Collection of Mary Sue Brennan

John Tamblyn (1947 – 2012) was a photographer who worked in London for over three decades. Over the years, John’s works were exhibited in many London and regional solo and group shows. John reacted and attempted to capture in photographic form interesting and curious images that present themselves. This piece came from a series where his focus was on the graffiti sprayed on the train cars that constantly pass through London.

“Like so many Londoners, I’ve spent countless hours waiting for trains while trying to make my way across the city. One day I found myself stuck in my car at the tracks and was intrigued by how many train cars had been tagged and how beautiful their work was. I resolved then to take my camera over to CP’s staging area between Adelaide and Quebec streets to have a closer look. Over the course of eighteen months, I made many forays into the yard to document the graffiti until eventually I was arrested by the CP police for “trespass and engaging in an illegal activity”.