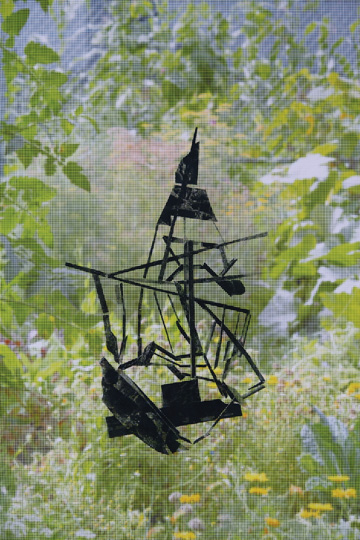 Patrick Mahon is an artist, a writer/curator, and a Professor of Visual Arts at Western University, in London, ON, Canada. Mahon’s artwork has been exhibited in Canada at Museum London, The Hamilton Art Gallery, the Southern Alberta Art Gallery, and at The Museum of Contemporary Canadian Art, Toronto; and internationally in recent exhibitions in China and France; and at numerous print biennales since the early 1990’s. Patrick’s collaborative project, Immersion Emergencies and Possible Worlds, resulted in a ten-artist group exhibition, The Source: Rethinking Water through Contemporary Art, presented at Rodman Hall, Brock University, Canada, in 2014. Other recent Canadian solo exhibitions include McMaster Museum of Art (2013); Wilfred Laurier University (2013); Gallery 1C03, University of Winnipeg (2014), and Katzman Contemporary (2015). Patrick was in residence at the International Studio and Curatorial Program, (New York); Frans Masereel Centrum (Belgium); La Maison Patrimoniale Barthète, France; and in March 2015, at the Banff Centre. Patrick Mahon is represented by Katzman Contemporary, in Toronto.

This print from the exhibition Nonsuch Garden relates to a series of collage images that employ abstracted representations of a ship somewhat curiously embellished with details from photographs of gardens. The resulting “garden ships” are meant to invoke contradictions: between colonial history and an ostensible decolonial moment in which human culture and the environment are in transition and perhaps trauma, and also between culture and nature as alternately flourishing and in decline. My central thinking in undertaking this work relies on a conception of allegory. I make reference to the ruins of modernity and its vessels and aspirations, not only to repurpose what has been dissembled, but to embody a complex history that may yet bet generative for the future.