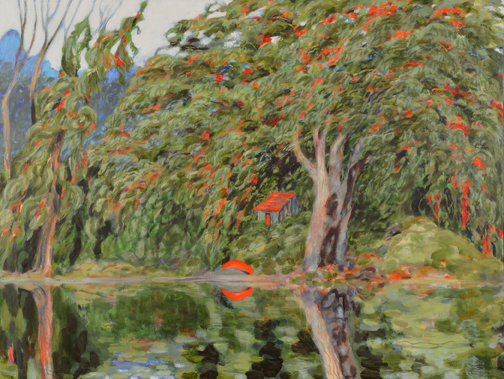 Painting’s secret gift is uninterrupted time to think and feel.  I become more aware of my feelings, and I think this is true for all painters. We play with colours and beautiful brushes. We find harmony and balance.  We explore images, metaphors, ideas. We expand our imagination and follow own intuition.  Images often suggest themselves spontaneously, and later reveal their meaning.  I think an artist’s finished painting becomes a cypher that transmits energy directly from the painter’s imagination to the receiver, a stranger, who absorbs by the ripple effect. Creative energy, feelings and life experience arc across time, place, and different languages.  Then the  stranger paints a painting.