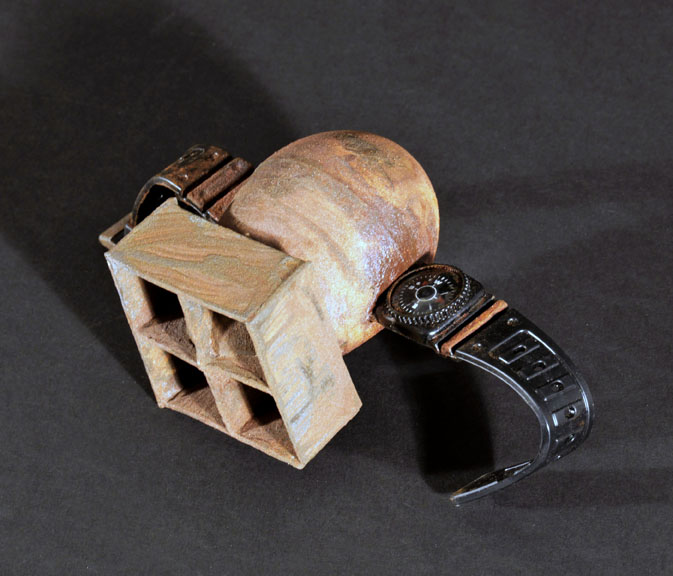 Joseph Hubbard is a senior Canadian artist residing in the London area. An extensive CV and 40 years of works may be seen at josephhubbard.com. Hubbard holds several American University Art Degrees and has taught in Ontario for 35 years. He is known in this region as a mentor of many of its well-known artists. Constructing carefully crafted satiric visual responses to his perceptions about controversial contemporary issues, Hubbard revisits a dozen series, using extremely diverse three-dimensional media, as well as bricolage (found objects). His work is in the collections of Museum London, the McIntosh Gallery, the Gardiner Museum (Toronto), Canadian Clay & Glass Gallery (Waterloo), and many Canadian museums. He has been represented by Thielsen Gallery for 35 years as well as galleries in Toronto, Montreal, and Vancouver. He maintains a studio in London and an atelier for 10 artists.